The moon pale as water, wander without care between the mountain and the ocean.

A symphony of mountain, ocean, culture and art 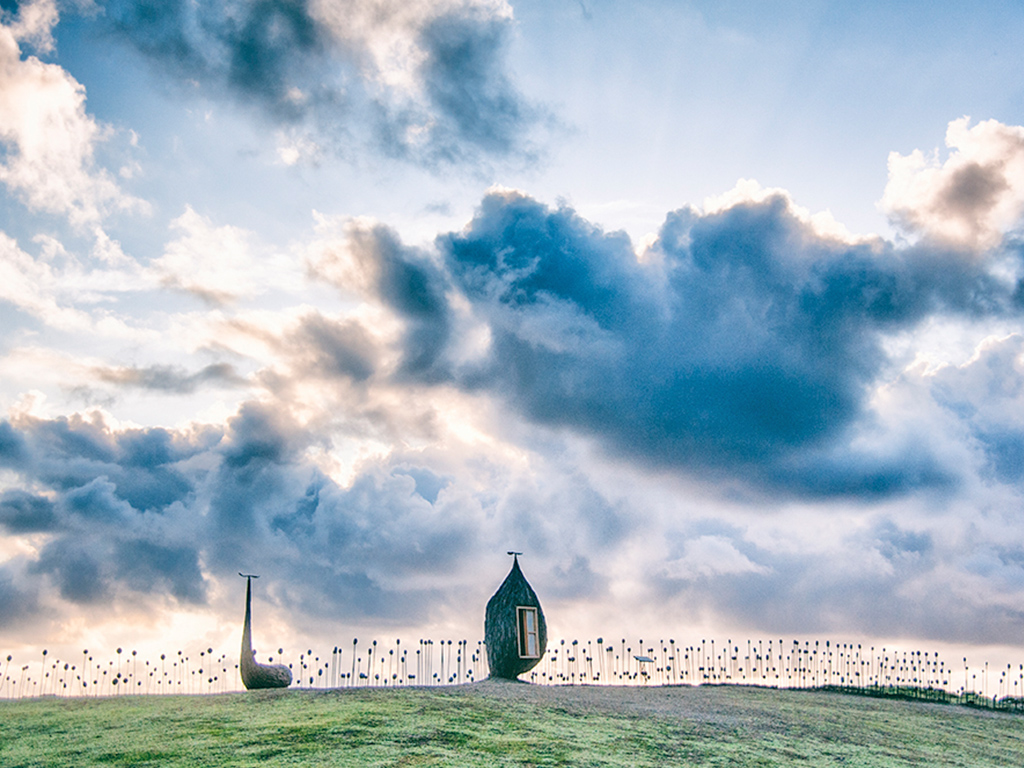 At Jialulan you will find wide lawns, uniquely-designed resting pavilions and instruction boards, scenic platforms where you can gaze upon Dulan Harbor, Dulan Mountain and Fugang Geopark (Xiaoyeliu), as well as installation art pieces made from driftwood, and rock sculptures. Feast on the beautiful scenery of mountain and ocean, drink your fill of creative artworks, get up close and personal with nature. Jialulan is not only the best place to take a rest on the East Coast, it is also the ideal location for you to take photos!
more

The splendor that time cannot diminish 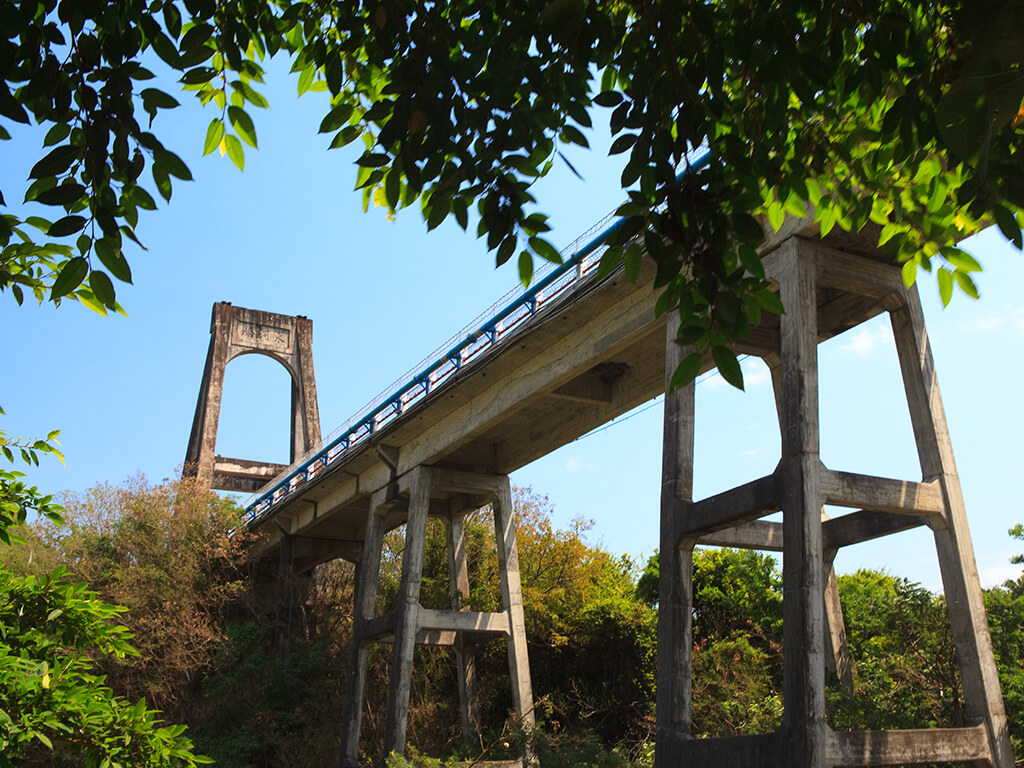 From the Old Donghe Bridge one can see the only closed basin terrain found on the East Coast. The valley meanders for four kilometers across the coastal mountains. The mountain ranges surround it with sheer cliffs, the awe-inspiring scenery unfolds before one's eyes. The foundations of the bridge are extremely rare, the one side is an arch while the other is a scaffold foundation, a perfect example of the aesthetics of architecture. After the new bridge came into use, the old bridge retired in glory, with its elegant design and the lovely surrounding sceneries, its splendors have never faded.
more

Interactive experience of the unique features of the East Coast 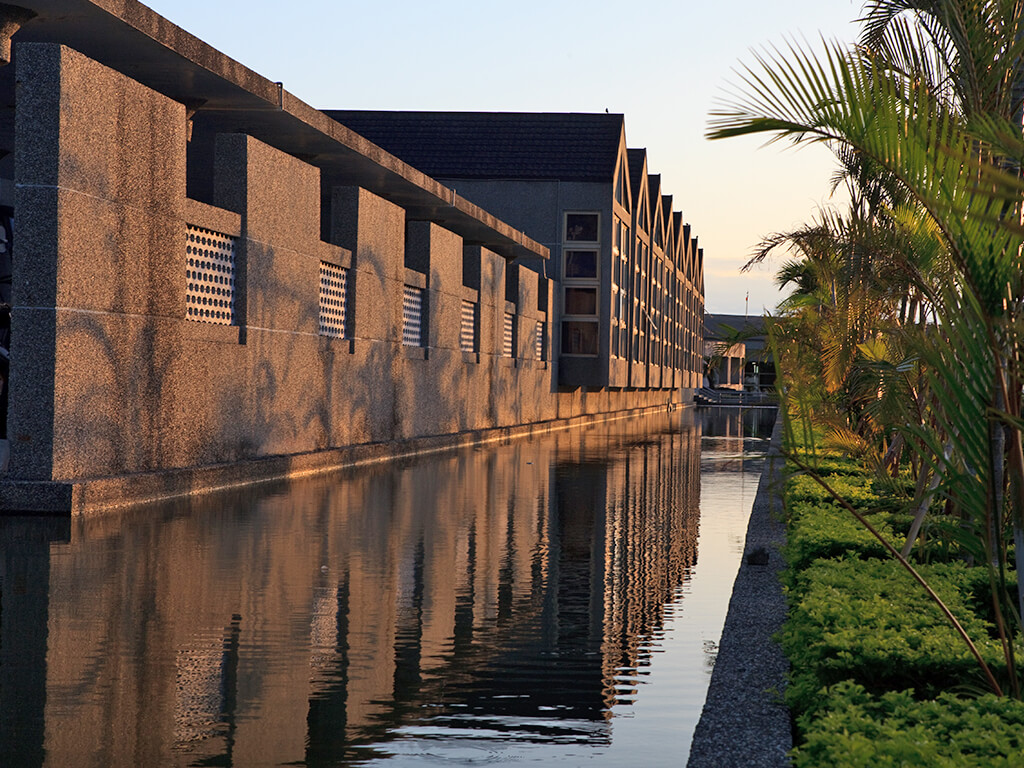 Duli Visitor Center is on the mountain facing the sea, if you look towards the North you can see Chenggong Township and Sanxiantai, gaze towards the South and you can see Green Island. The surroundings are full of the beauty and abundance of nature. The Center has an Amis culture area, ocean area, East Coast scenery area, and an interactive experience area. In here, multimedia facilities, films, models and exhibit of artifacts are used to present the biodiversity and culture of the East Coast as well as other activities.
more

The must-visit location of the East Coast 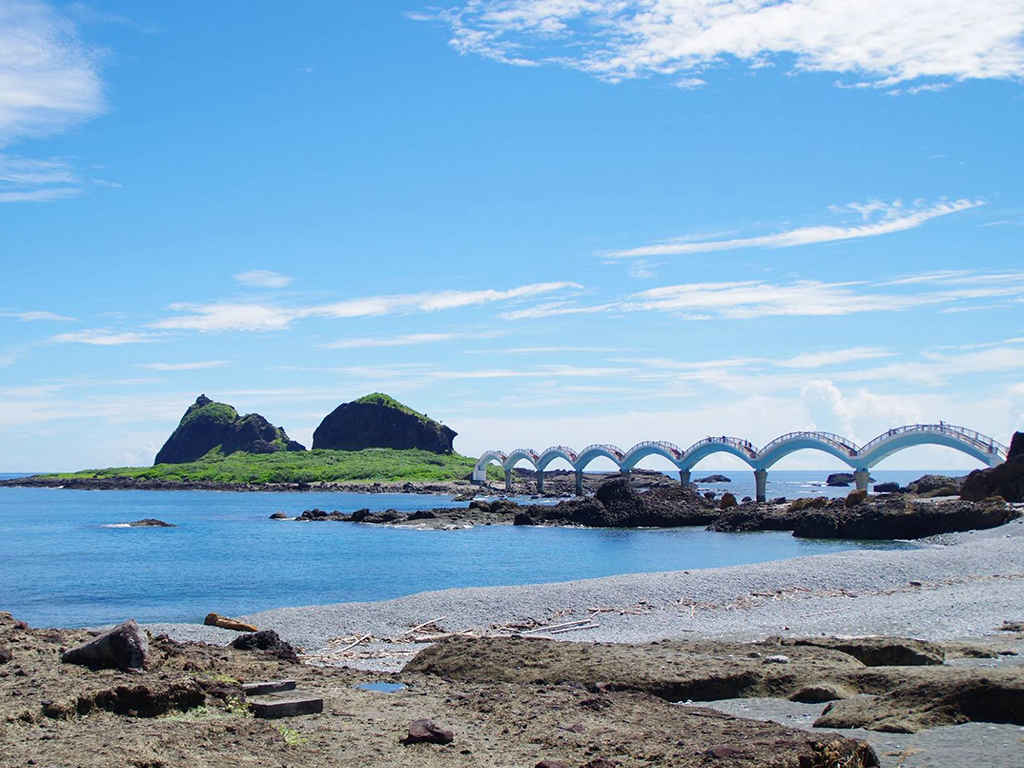 Legends say that three of the Eight Immortals, Lu Dongbin, Li Tieguai, and He Xiangu came to this island, which is where Sanxiantai—island of the three immortals—gets its name. Apart from the natural sceneries related to the legend of the Eight Immortals such as Xianjian Gorge, Hehuan Cave and Sanxiantai to be found on the island, there are also sea grooves, pot holes, chimney rocks, sea alcoves and other sea erosion wonders for you to be astounded by the nature's sculpting skills. The eight-arch cross-ocean bridge completed in 1987 appears like a dragon spanning over the water, it is also one of the landmarks to look out for on the East Coast.
more

The memories of heritage skills 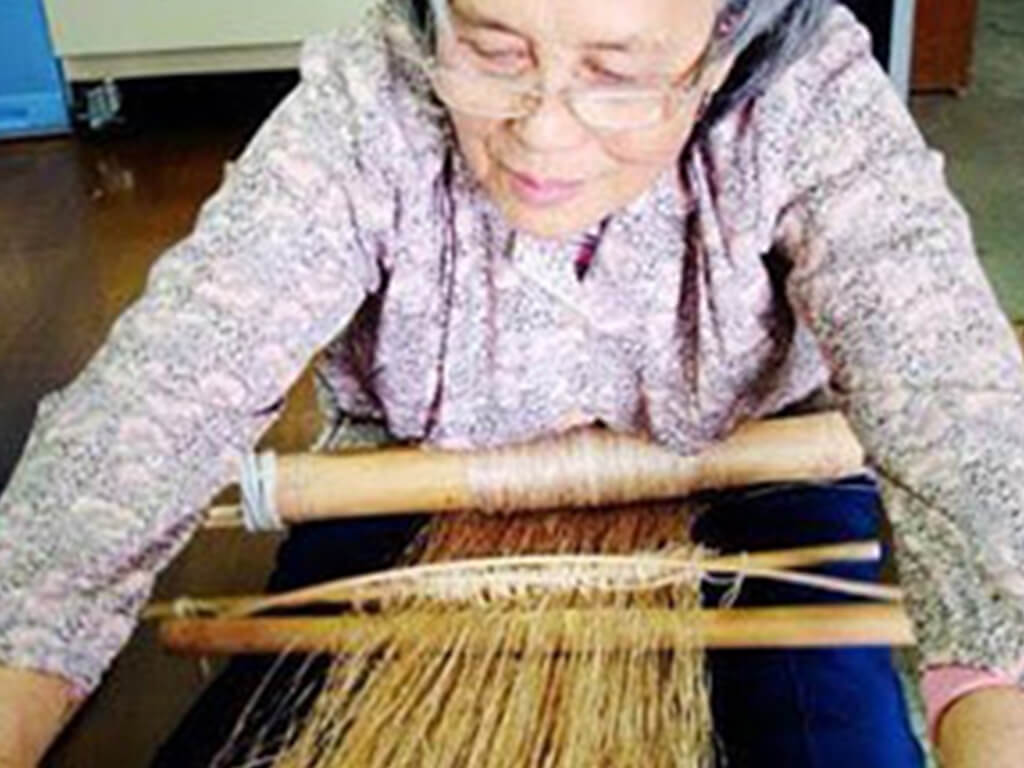 In the harsh time of the past, the Kavalan people used locally available materials—bananas that grew year round, using fibers in the stems to weave cloth. From bags for holding items, coats for keeping off the rain, warm clothing to fend off the cold, banana fibers saw many families through those difficult times. The "Xinshe Banana Fiber Studio" not only exhibits banana fiber handcrafts, it also demonstrates the banana fiber weaving process so that you can see for yourself this precious skill that has been painstakingly preserved.
more

The endless wonders of Hualien 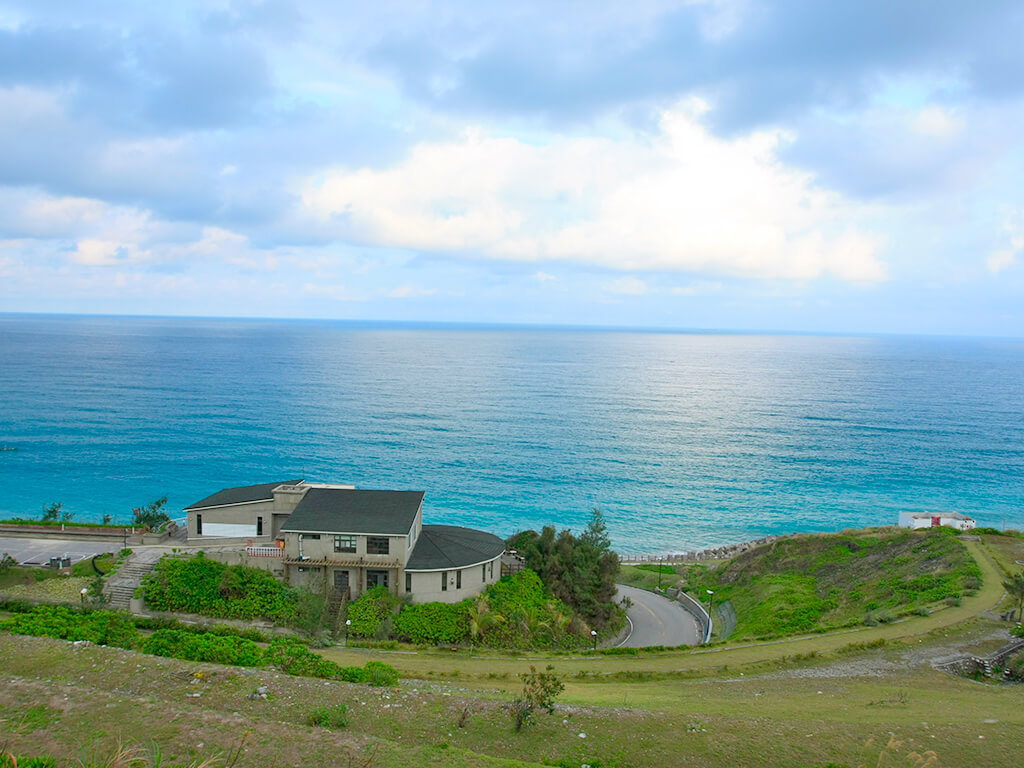 Hualien Visitor Center boasts beautiful unobstructed scenery of the Atlantic ocean. The center also has exhibition rooms and multimedia rooms to introduce the biodiversity and culture of the area as well as the attractions along the East Coast. Easter lilies are cultivated along the pond and slope next to the Center. When the lilies are in bloom, stroll along the scenic path and enjoy the sight of the petals waving in the breeze, more lovely than song or poetry.
more

A frozen scene from the prosperous past 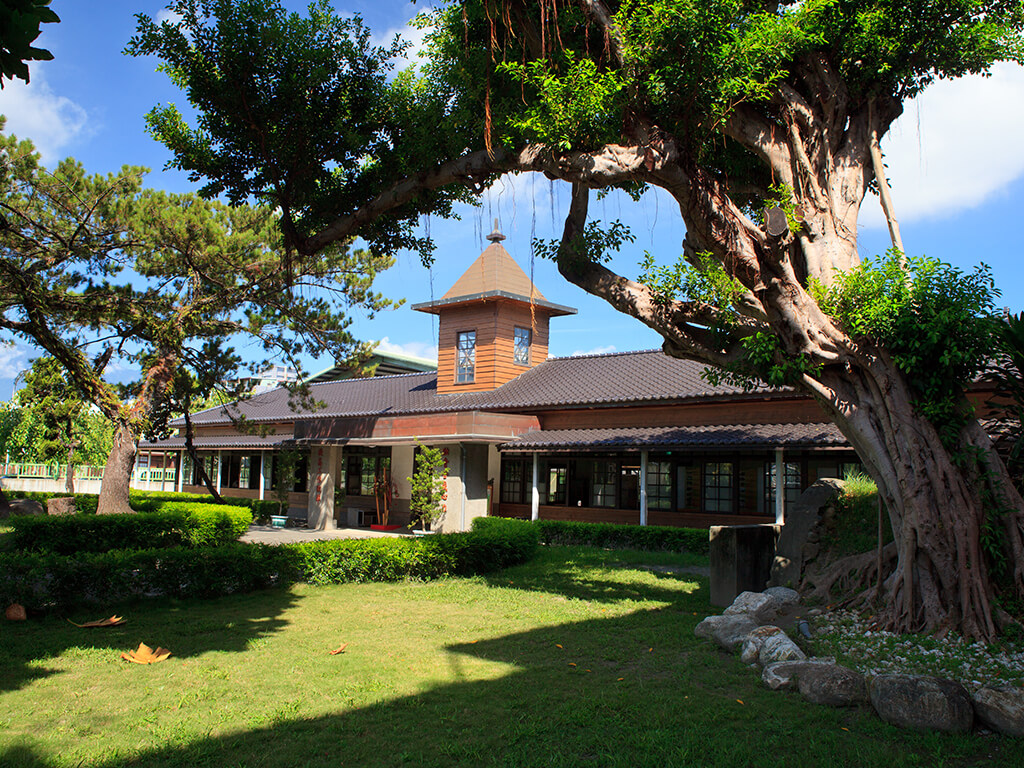 Hualien Railway Cultural Area is located at the old train station of Hualien, in the past it was the busiest and most prosperous area in the East. The Cultural Area is made up of the Hualien Harbor Administration Office, Railway Hospital, Railway Office, Police Station and various Japanese style hostels and residential buildings. Hall 1 is the Japanese office built in the siheyuan style with Western style tower roof. It is both unique and elegant. Hall 2 displays old style telephones, lunchboxes, uniforms, armbands, train tickets, etc. It makes you feel as if you have entered a tunnel going back in time back to the era of the 1930s or 40s.

The sapphire on the coast of the Pacific 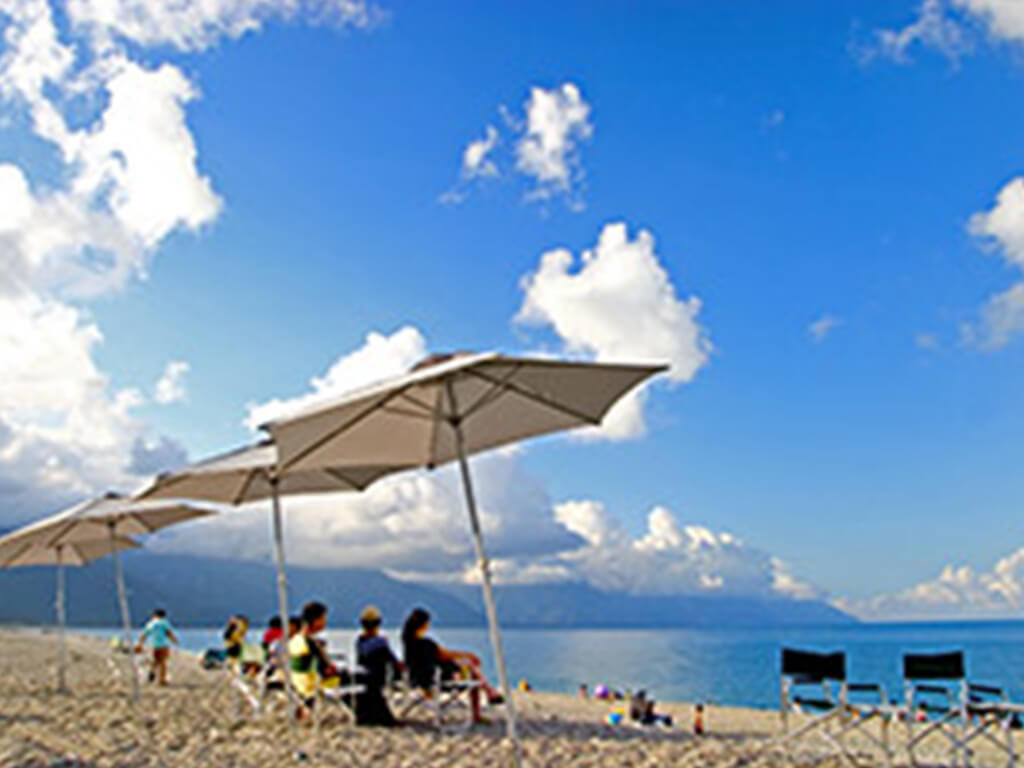 Chihsingtan is also called the Yueya Bay (moon bay) as it is a sickle moon-shaped bay with pure blue water, so clear you can see the pebbles on the sea floor. All over the beach can be found crystal-like white pebbles and round shingles which have formed from the erosion by the water and waves through the eons. There are also rocks with compressed metal that form "painted rocks." In the recreation area can be found various facilities such as scenic paths, sea view pavilions, sun moon tower, star gazing plaza, and cycling paths to help you to make the most of your time between the blue water and the blue sky. 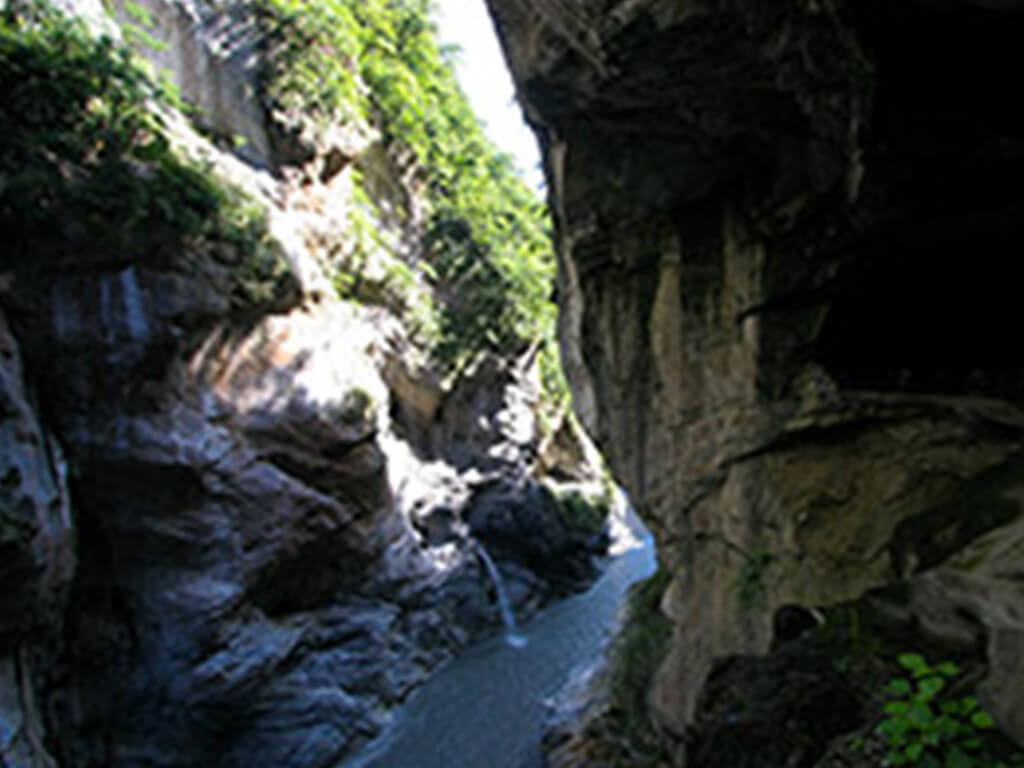 Taroko is a gorge type national park which is famous for its breath-taking gorge sceneries and its majestic mountains. From the decorated archway of the Central Cross-Island Highway, amazing views abound. Eternal Spring Shrine, Swallow Grotto, Tunnel of Nine Turns are all well-known beautiful sceneries of the gorge. For awe-inspiring terrain and astounding geographical formations, visit the famous Baiyang Waterfall and Qingshui Cliff.