Irresistible after first try, 2021 Changbin King Kong Marathon is back! 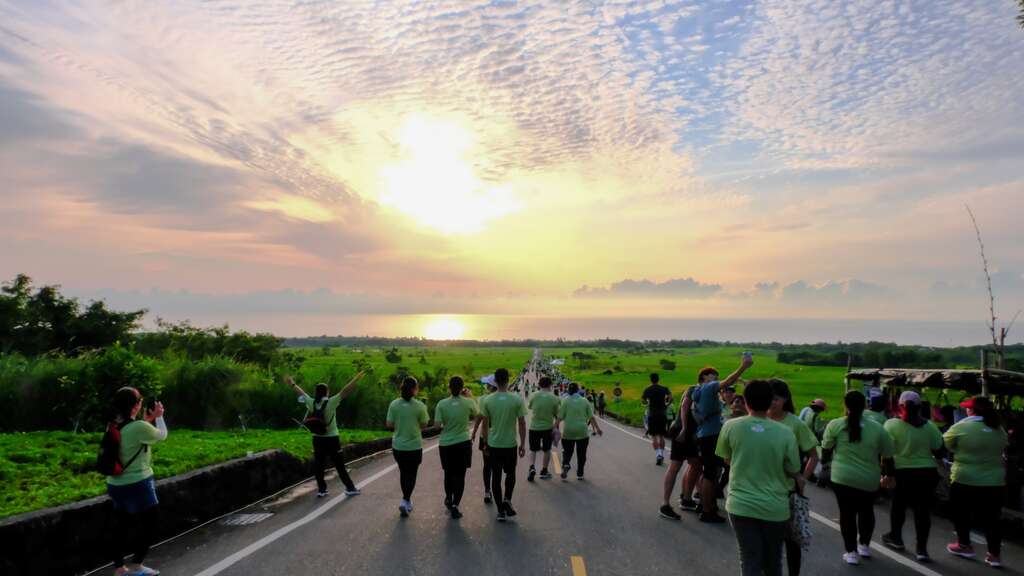 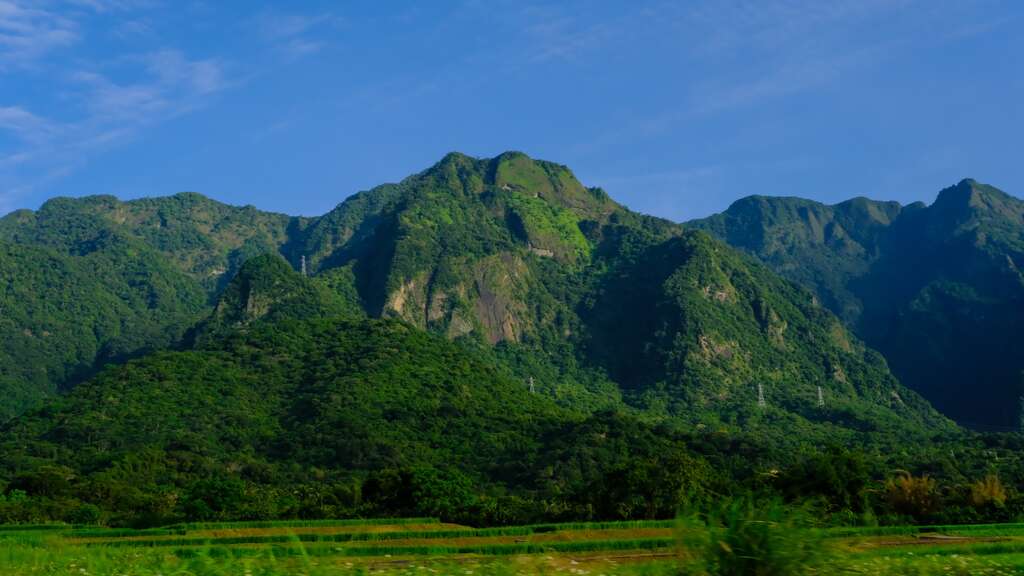 Irresistible after first try, Changbin King Kong Marathon is back!

After last year's suspension due to the pandemic, the East Coast National Scenic Area Administration of the Ministry of Transportation and Communications (hereinafter referred to as the East Coast Administration) marked the start of the fifth Changbin King Kong Marathon at 4:50 this morning (May 2) at Changbin Elementary School in Taitung County.

Over 1,800 runners signed up for Changbin King Kong Marathon this year. Chen Yong-Ching won the men's champion at 2:58:28. In the women's division, Fang Chiao-Ling defended her title at 3:23:29. The Godfather of 100 Triathlons, Lai Hsiao-Chun, and the first cyclist YouTuber in Taiwan, Linda also participated in the marathon alongside foreigners living in Taiwan. They are from Belgium, Belize, China, France, Germany, Hong Kong, Japan, Malaysia, Mexico, Russia, Slovakia, and the United States.

Fang Chiao-Ling is a familiar face on marathon podiums. She was the champion the year before last year who successfully defended her title this year after the pandemic. "I love bathing in sun, and the locals cheering us on are super passionate. This route is particularly challenging, and I would like to defend my title next year", said Fang. She also noted that the scenery is what most appeals to her. The runner-up in the women's division is Liu Su-Ya at 3:30: 55, and the third-place finisher was Chou Ling-Chun 3:33:53. Winner of the men's division Chen Yong-Ching also highly praised the scenery of King Kong Avenue. Chen got second place in the last run and fulfilled his goal this year by bringing home the gold medal. "Watching the sun rising from the sea as I run is just surreal. I'd definitely come back next year." The runner-up in the men's division is Lin Sheng-Fu at 2:59:51, and the third place is Sung Tzu-Ming at 3:06:47. 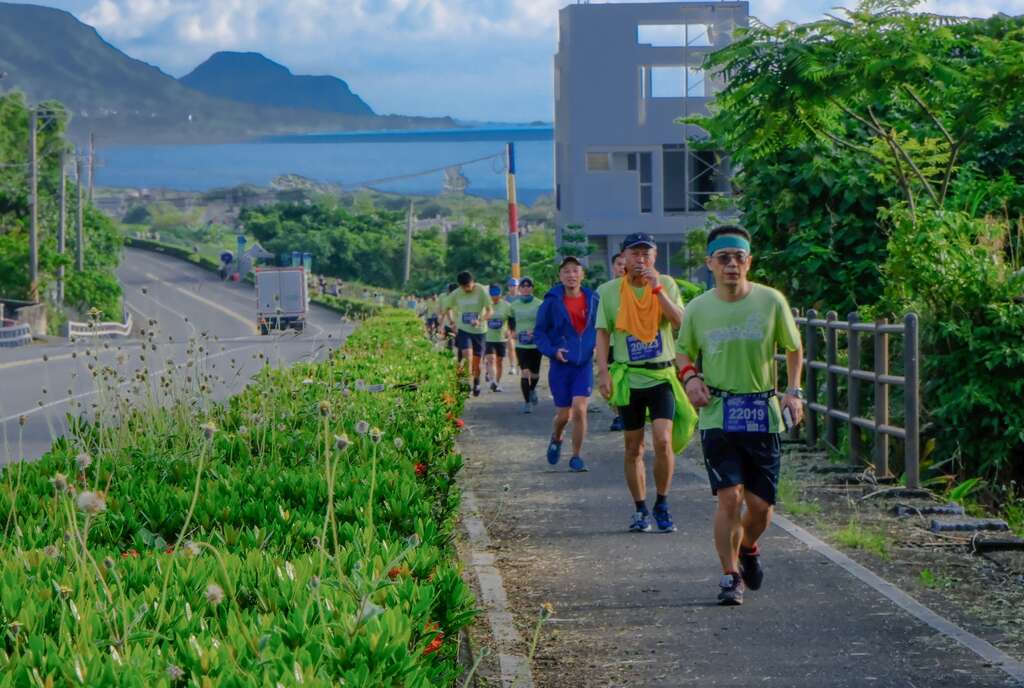 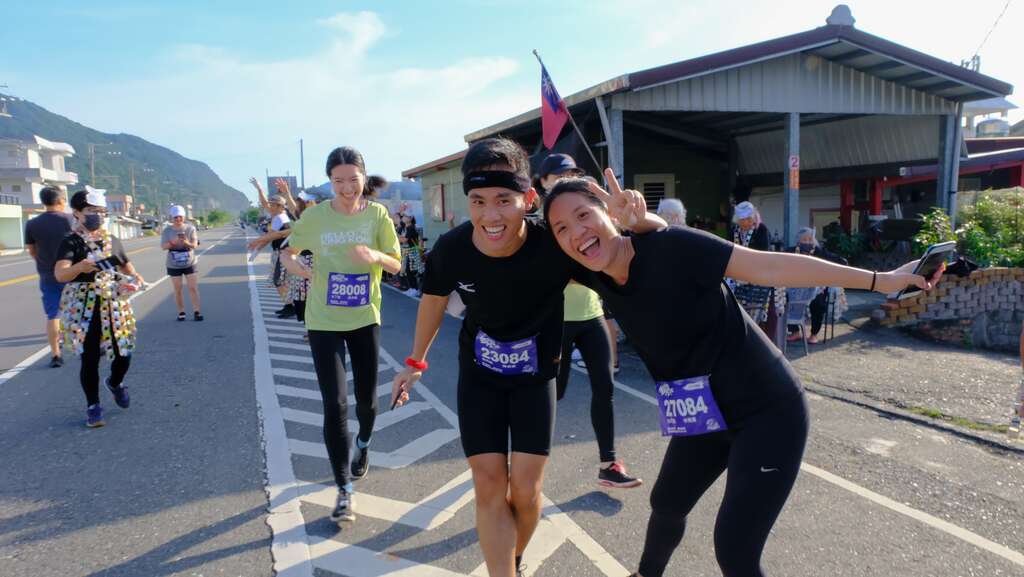 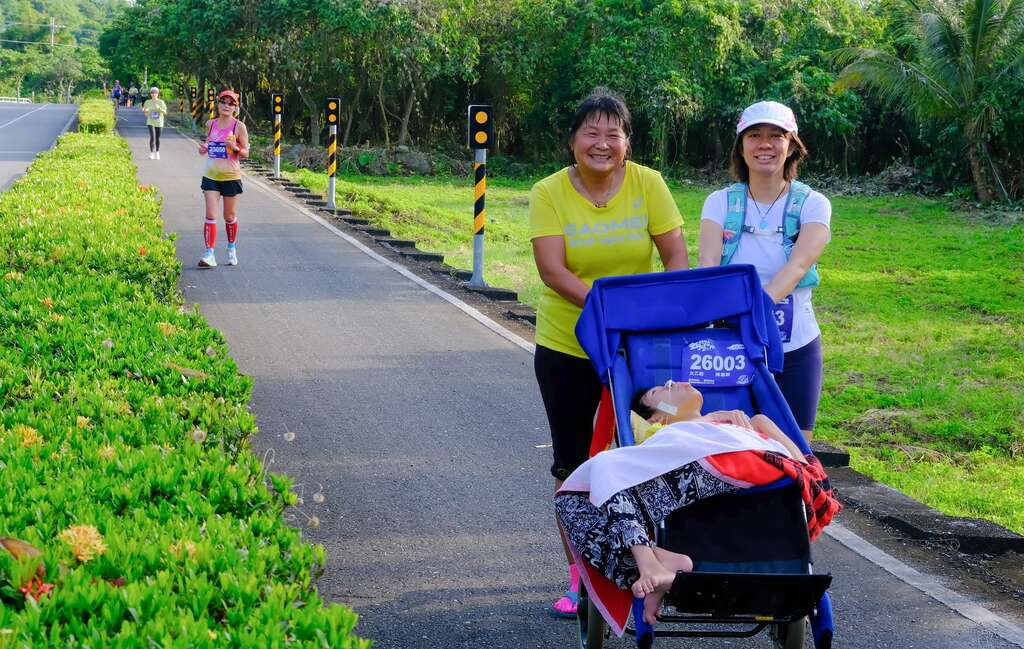 The Godfather of 100 Triathlons, and the Nation's Top Ten Philanthropic Mother with her son with cerebral palsy participated in the marathon

Once on the national triathlon team, Lai Hsiao-Chun is a godfather figure in the field of triathlons in Taiwan. Frequently spotted in triathlons in Taiwan, Lai has participated in over 100 triathlons throughout his athletic career. He is currently a triathlon coach who is easily good at road running. This year, he will be contesting with over 1,000 runners along the route featuring spectacular scenery. The 49-year-old single mother Chen Chia-Ling and her son Bi Bi with severe cerebral palsy will also participate in the marathon this year. Recently awarded the Top Ten Philanthropic Mother, Chen aspires to take her son to explore the world regardless of his disabilities. She started pushing Bi Bi in road runs upon the encouragement of friends, and they have completed 154 marathons in the past years. Last month, the pair even conquered a 45-km ultramarathon. Since their first attempt at King Kong Marathon in 2019, they will be taking up the challenge this year on the 2nd to create yet another immeasurable record and memories for a limited lifetime. 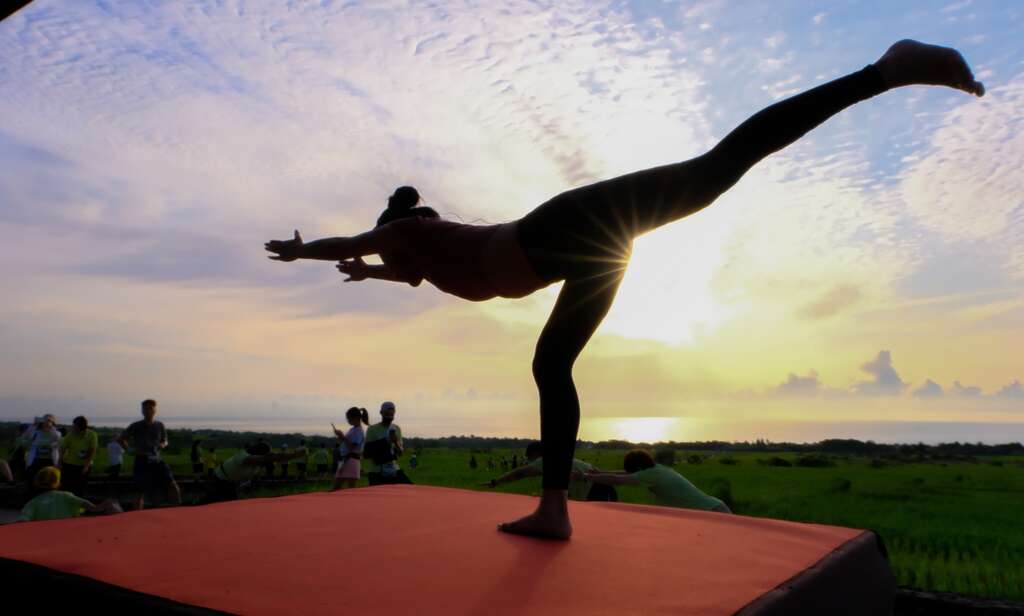 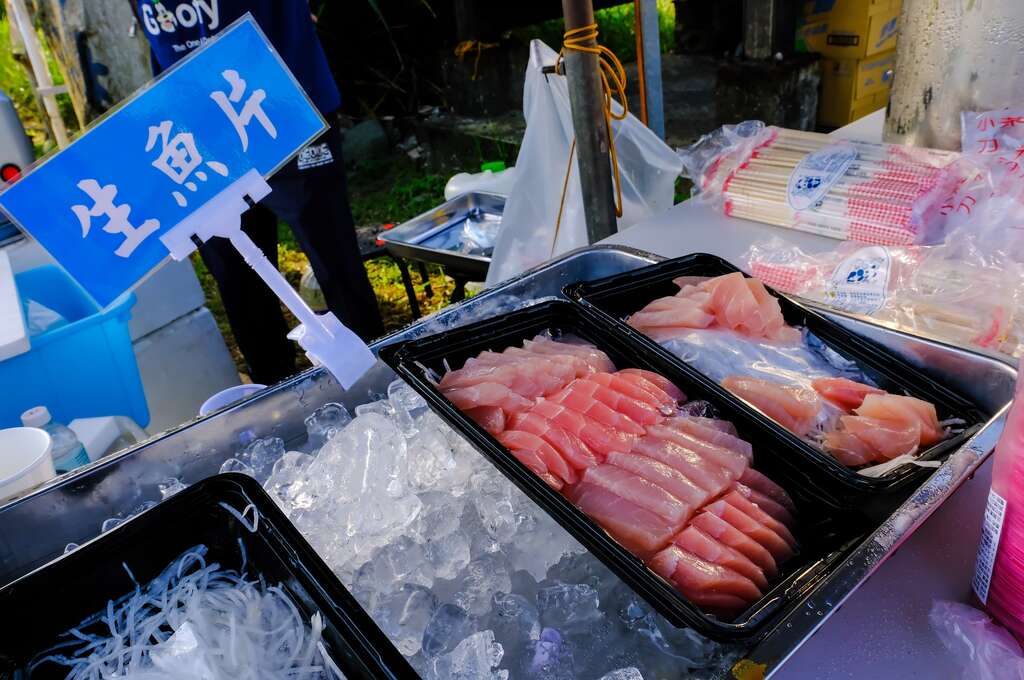 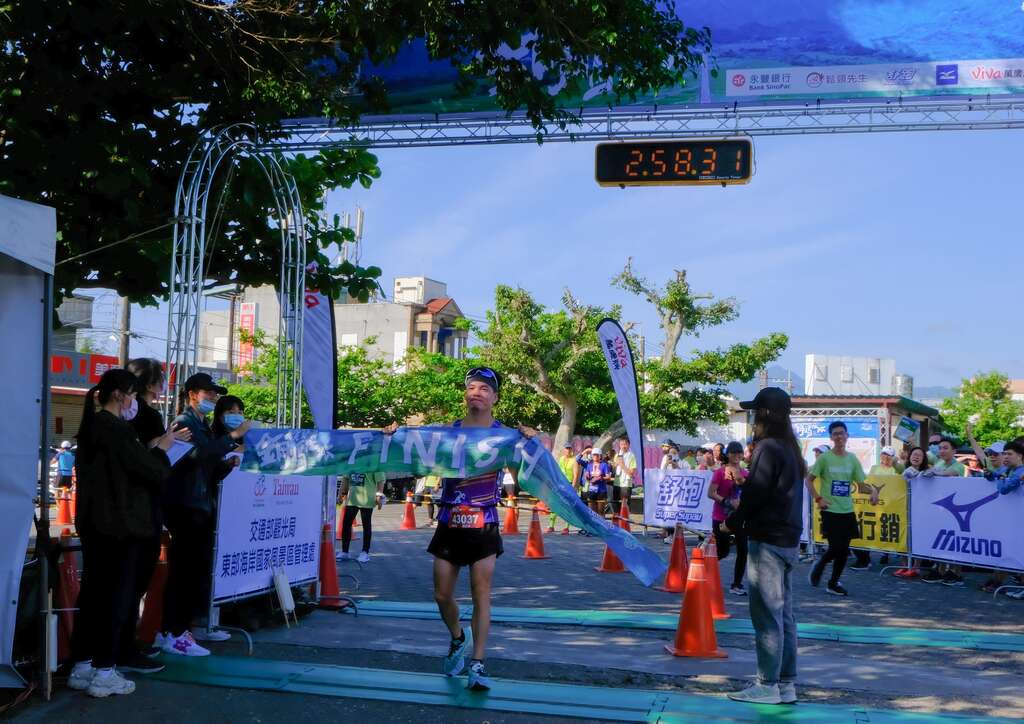 Since the suspension in 2020 due to the COVID-19 pandemic, runners embark on the journey from Changbin Elementary School almost two years later, slowly running uphill King Kong Avenue towards the rising sun. Though the banquet is still suspended this year due to epidemic prevention concerns, Changbin Township Office mobilizes the local indigenous communities including Dajulai Tribe and Zhongyong Tribe to be cheerleaders. They passionately cheer the runners on along the designated route. Runners are also impressed by the supply of delicious local delicacies such as glutinous rice wine, sashimi, and flying fish roe sausage. The main event this year also includes an outdoor yoga session at King Kong Avenue. Senior runners and yoga instructors practice yoga and engage in a conversation with their bodies away from the city hustle as they take in the view of the immense Pacific Ocean.

Moreover, by downloading the TTPush app introduced by Taitung County Government, runners receive 150 Taitung coins that can be used to redeem gifts at partnering local stores. The coins can also be used to pay for parking tickets. Generous sponsors of the event include Bank SinoPac, Mr. Smooth, Super Supau, Mizuno, Viva, gogoout, and Zymoïde Enzyme Drink.